Games and sports play an integral role in the development of our children and their lives in general. Moreover, games and sports instill discipline, inculcates team spirit, sportsmanship and leadership qualities, but above all students derive a lot of pleasure by participating and working as a unit.

After 2 years off from sporting activities we were finally able to organize our annual Inter-House Athletics competition - best known as sports day. An aggressive but friendly contest pitting students in three houses - Fire, Earth and Water in competition to try and outshine the other for the bragging rights lasting the whole year.

In this year’s event, the competition was broken down into three categories with modified activities where possible to match the students' ability to encourage maximum participation for all students.

The first two categories were represented by the primary school in KS1 and KS2. The children demonstrated their tenacity by overcoming a range of challenges that were thrown to them, they reacted and answered all the questions perfectly. The children's fitness levels were put to test with a number of activities including, 200M, 50M and 75M sprints, 50M and 75MHurdles, 100M shuttle relay, the obstacle race as well as the field events involving ball throw, Vortex throw for KS1. The KS2 children on the other hand took part in 400M, 200M, 100M, Hurdles, obstacle race and relay. The field events included Javelin, Discus, Ball Throw, High Jump and Long Jump 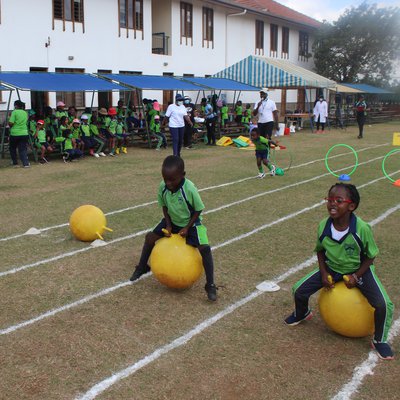 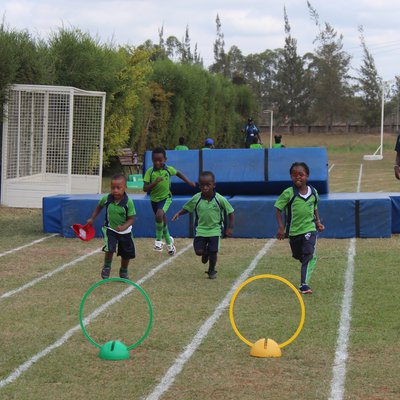 The obstacle race attracted the most participants in KS1 and KS2. It presented a spectacle for both organizers and parents who came in numbers to support their children. The children in this event gave their all to win with parents urging them to blow a balloon when they are out of breath after a 100M dash over and under obstacles and finally sit on it to bust it to be crowned the winner. In all honesty, there was no winner in this event, nor were there any losers, we all celebrated the children working hard.

All students did well in all their events, just to point out a few, Libby went toe to toe with Abba in high jump displaying skills and techniques learnt in the lessons and practice at their finest, confirming the saying, ‘“what boys can do, girls can do better”. Peter Ngarioya on the other hand, pulled himself together and ran in an obstacle race to win the race. In KS1 there was stiff competition between Binea, Ngoru, Neema and Ruby 75M hurdles 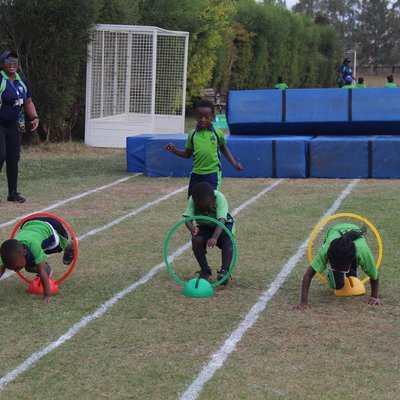 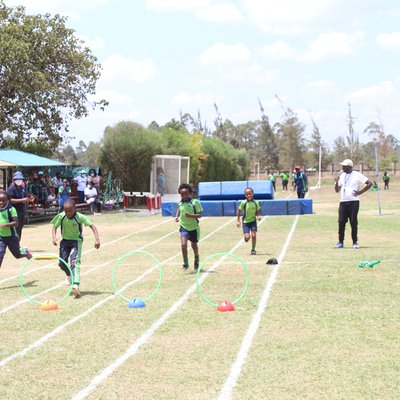 Judging the high jump event, I feel proud as a sports teacher after seeing the determination and spirit of sportsmanship, fine skills and technique that were on display on the day. Stiff competition from the 4 participants Max, Jesse, Ciaran, and Sean was positively infectious as participants were challenged by their competitors to jump even higher when one cleared a height. Even though the event was won by Max representing Fire, a special mention goes to Jesse, Ciaran and Sean for pushing all the way to a 150 cm height. And well done to Max who managed 155cm.

Finally, the parents teacher relay race to see off the day. First, we must say a BIG thank you to all parents who came to watch and support our children. You helped make the day a success and for that reason we the parents represented by - Baba Kush, Mama Aby, Mr. Kamau (Baba Peacely) assisted by Mr. Musyoka won the relay for the first time beating the teacher team led by Mr. Ochieng, Mr. Awili and Ms. Rita Mr Amollo. 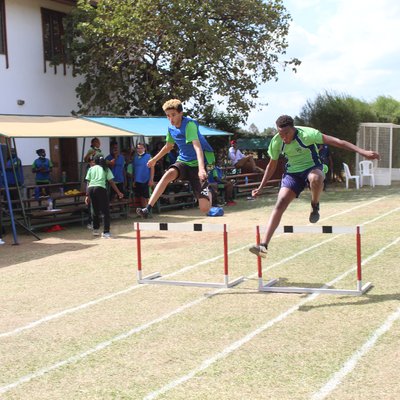 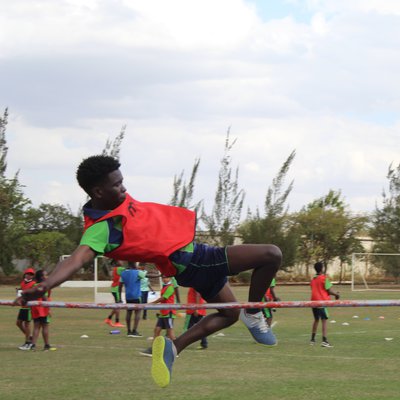