Braeburn Imani Girls have been busy applying their netball skills in match situations. The week started off with the U11 team made up of year 5 and 6 players welcoming Braeburn Garden Estate team to a home match. Both teams were able to intercept the opponents passes. By the end of the second quarter, the scores were close. The duo at our goal, Libby and Nikita, tightened their teamwork helping BIIS to lead the third and fourth quarters. Final score was 8:3. A fantastic win for BIIS!

Next up were the U13 girls. We arrived at our host school, BGE, in time to have a warm-up session led by Devina, the team captain. It was non-stop action from start to end. They displayed excellent attacking ability, especially at our center passes. Our goal shooter was picked as the best player due to her shots on goal. Well done Nadia! Unfortunately for us, BGEs’ defense was very tight. They were quick at their passes and managed to score more than we did. The two teams were very friendly, they interacted happily as they had refreshments after the match before we headed back to Thika. 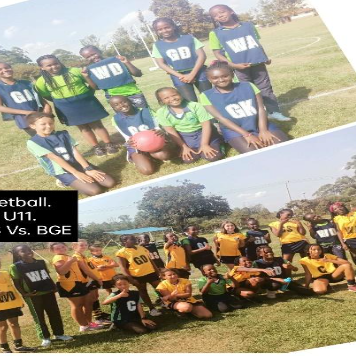 The U9 team were hosting on their fixture day. This was a good prep match as they were scheduled to play the following day at the KAISSO U9 tournament. This was a lovely game to watch, year 3 & 4 girls are keen to play and learn. At the end of the first quarter, Ivy, our score keeper, was ecstatic! BIIS was leading by 5 goals. The following quarters had 2 goals by BGE and an additional 4 by BIIS. The game ended with a 9:2 score, a win for Imani. Special mention goes to Prudence, her passes were accurate and she could be spotted at all the corners of the field that a center can play in.

U11 girls braved the chilly Nairobi weather on Saturday to represent the school at the annual KAISSO U11 Netball tournament at Nairobi Academy. This team of girls hardly ever gets tired. They were either warming up, playing their matches or practicing their passes and shots the entire time, with just a break for refreshments. First match against Braeburn Nanyuki – their first time at a tournament – was a quick win. 4 goals in 10 minutes. BIIS won 4:0. We were up next for the following set of matches, playing back to back. Again, we scored 4 goals in 10 minutes to Nairobi Academy’s 2 goals. The following two pool A games were not ours so the girls had some refreshments and practiced their passes. Our final pool match was against Rusinga. They won by a goal. This made us 2nd in the pool and we proceeded to the quarter finals. We met the winners of pool B, St. Christopher’s. This was a match and a half! Each goal by the opponent was followed by one from BIIS. It seemed like this 10 minutes went faster than the previous 4 matches. St. C won by a goal and proceeded to the semis. The BIIS team displayed good sportsmanship, cheering on their friends in various teams through the semis and finals. The awards ceremony began with the trophy for MVP. Out of 17 teams, made up of 10 girls each, The Most Valuable Player was Jessica from Braeburn Imani! Our U11 center was the tournament’s MVP. What a wonderful way to end this terms’ netball season for the team. 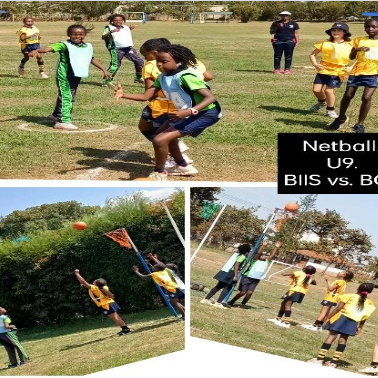