Our school’s belief in varied learning approaches is picked up right from the early years. In the past week, we’ve experimented with extensive role playing, and saw how effective it is to build valuable skills for our young learners.

Role play is an integral part of child development. It helps build creativity, problem solving and communication in learners. Children learn to empathise with others as taking part in a role play activity would usually mean that they are taking on the role of character which will teach them about the empathy and understanding of different perspectives. Role play is also a fun activity that allows the little ones  to express their ideas and thoughts by acting out real life situations.

In Early years, children showed their creativity and imagination by building a garage. They collected material readily available in class and in no time a garage was up. They grouped themselves into two; mechanics who were repairing cars, some made of lego and others toy cars, and car owners driving in and out to have their cars fixed. Then a second  thought struck their minds that they needed a carwash and off they went to put it up. Cars could now drive in for repairs at the garage and later cleaning at the carwash. The children excitedly went on to act out what they usually see their parents do at the service station and carwash.

It's amazing to see how much children learn and do during role play. 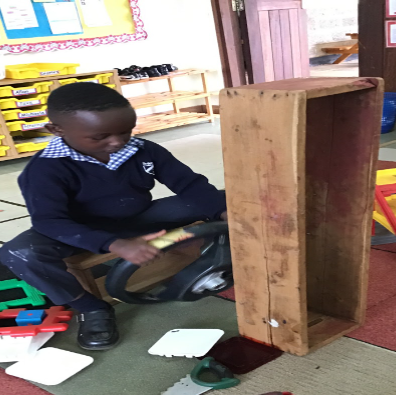